The project, funded under the Piedmont region program P.O.R. FESR 2007/2013 “automotive” sector , is framed within the theme of hybrid/smart vehicles.

Project  DRAPO ‘, named after the flag of the Piemonte Region, has the ambition to create a new concept of minimum environmental impact vehicle based on a new generation of systems, components, technically advanced technologies and materials, energy efficient and economically viable.

The goal of the project is to ensure the maximum efficiency for a vehicle of size, mass and reduced costs, both of traits citizens, both in an extra-urban context, with a guide profile characterized by average speed not high, frequent acceleration and deceleration phases and of relatively long stop phases. 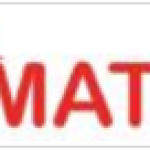 SMATAerospace, Research & Development
We use cookies to ensure that we give you the best experience on our website. If you continue to use this site we will assume that you are happy with it.Ok